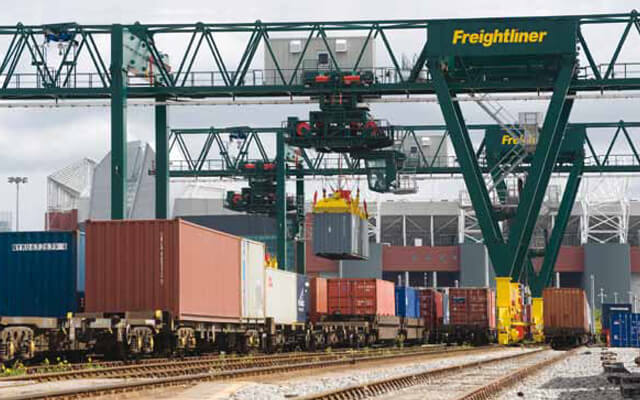 As the leading intermodal rail freight operator in the UK, Freightliner wanted to enhance surveillance at its Manchester terminal following the successful installation of network video cameras at some of its other terminals in the UK by Axis partner NW Security Group.

The Manchester terminal wanted to take advantage of an IP-Surveillance system to assist with operations around the site and to monitor the arrival of containers at the terminal by road and rail. This improvement in surveillance would also help significantly improve security and health and safety around the site.

Following successful deployment of IP-Surveillance systems at many of its other sites in the UK, the organisation turned to IP solutions specialists NW Security Group to provide cameras for its Manchester terminal. NW deployed a range of Axis network video cameras, all specifically chosen to deliver excellent image quality even for night-time surveillance.

Freightliner uses Axis Camera Station, IP-Surveillance software that allows for video monitoring and recording for up to 50 cameras, to search and view essential footage.

The Manchester terminal is now able to take full advantage of IP-Surveillance to assist with on-site operations. The terminal’s managers have a prime view of the terminal and can quickly respond to emergencies and distribute resources around the terminal as required. It also found that the number of claims against it for damaged containers has gone down as the site’s managers can now quickly access high quality images delivered by the Axis cameras over the network which prove liability.

Freightliner Ltd is UK’s leading intermodal rail freight operator moving up to 3,000 containers per day. It is part of Freightliner Group which employs 1,800 staff and has 170 locomotives and more than 3,000 wagons. The organization has 13 terminals throughout the UK and surveillance is extremely important for operational monitoring purposes.

Previously, each terminal relied upon standalone analogue CCTV, but following the successful upgrade to network video at some of its other sites, the Manchester terminal wanted to take advantage of the same technology.

In the past, searching for a specific piece of footage was extremely time-consuming. We needed a solution that would allow us to speed up this process and share footage electronically with others quickly and easily.

An overview of operations

NW Security Group, an Axis partner, had already successfully upgraded the surveillance systems across many of the Freightliner sites at a rate of two terminals per year. When Freightliner decided to upgrade at its Manchester terminal, NW recommended Axis network cameras so that it could monitor footage remotely, share it across the Internet with other sites and obtain enhanced image quality.

Thirteen Axis network cameras have been installed in strategic locations to record registration plates and container IDs as vehicles arrive and leave the terminal. They are also used for security purposes at the terminal gates. Axis network dome cameras provide the terminal’s managers with an overview of operations across the site and the network cameras record images of the drivers. Axis Camera Station is used to view footage simultaneously and allows the end user to quickly locate and distribute footage.

The Manchester terminal now has a fully operational surveillance system that delivers a host of benefits. The terminal’s authorized staff members can now view live or recorded video from any terminal, over the Wide Area Network or remotely over the Internet.

Footage of containers as they arrive and depart is now available at the Manchester terminal. If a complaint is received that a container has been damaged, they can find and check the footage much more quickly than on the older system to establish if it is a genuine claim or if it was already damaged on arrival. This reduces the rail freight operator’s insurance claims as they have footage proving liability.

From an operational perspective, the cameras also allow the terminal staff to react to any emergencies around the site.

All of our cameras have motion detection which allows our operators to monitor in real time when a situation arises. We can then take the appropriate action to deal with the issue. The cameras have helped us to streamline our operations. For example, we can now monitor traffic queues at the gates and it also helps us plan the allocation of equipment around the site, as the cameras can monitor what is needed in a specific location.

The quality of the footage has also greatly improved:

The image quality is excellent and the night time images have also surprised us. Running the system inhouse coupled with the quality and durability of the cameras and software, means that our maintenance costs have been significantly reduced. All in all, we are very impressed with the quality of the Axis surveillance system and the installation carried out by NW Security Group
.

Our Services Our Solutions Axis Communications 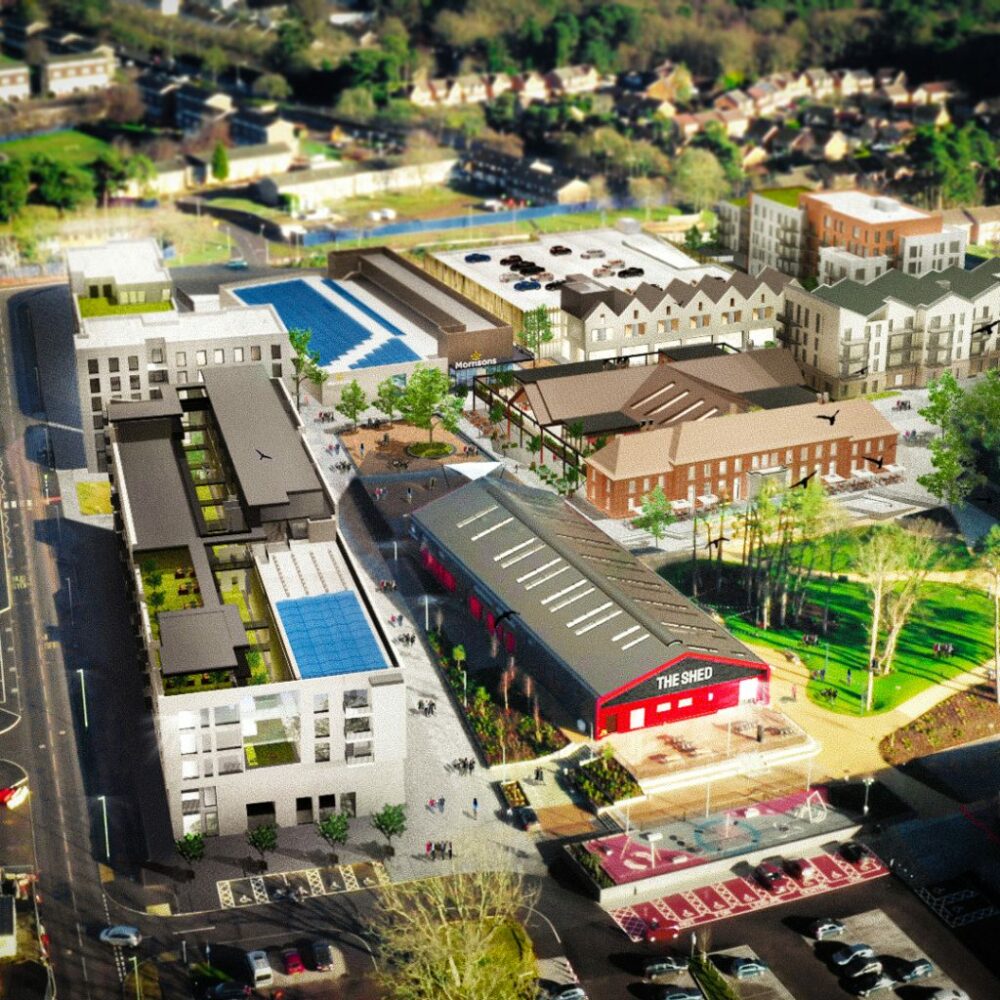 A complete security and surveillance solution has been installed at Whitehill & Bordon in Hampshire, a town undergoing a huge regeneration project with technology right at its heart.

NW Security Group provided a new centralised video management hub based on Milestone XProtect Corporate at Stockport College, together with more than 60 new Axis network cameras which have been installed across Stockport College and Cheadle College.